A choice to be considered when selecting the best thermal test system is the use of purge gas. Purging with gas serves two purposes during environmental thermal testing. Most often it is used to keep condensation and frost from accumulating on the surfaces of the DUT (Device Under Test) at cold temperatures. Additionally, it is also used to prevent the oxidation of metals surfaces at high temperatures. 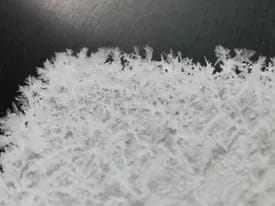 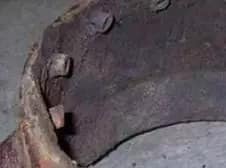 Generally, the condensation of any moisture is to be avoided during the environmental testing of electronics.

The easiest way to avoid condensation on a DUT is to lower the moisture content of the air. The easiest way to do that is with dry Nitrogen purge gas into the space around the DUT. The Nitrogen displaces moisture-laden air so that dew point condensation of high-temperature oxidation cannot occur. Nitrogen from a Dewar or portable tank works very well because the moisture content of the Nitrogen is extremely low and it is often readily available at the test station. Nitrogen is also notably inert, that is to say, it does not easily react with other elements or materials.   If you are going to extreme temperatures and condensation can cause problems with your devices, you should take measures such as purging gas to reduce condensation.  Critical or sensitive metal surfaces exposed to hot temperatures above 170C will be preserved better with purge gas as well.

Sometimes the question comes up if CO2 (Carbon Dioxide) can be used as a purging gas. The quick answer is no. Although CO2 from a tank is dry and displaces moist air, CO2 can react with water to produce carbonic acid which of course is corrosive.  As long as there is no moisture, to begin with, CO2 would work but it is generally not recommended.  Other gasses such as Argon can also be used but are generally more expensive. If your facility provides clean dry compressed air, often this can be successfully used to purge, especially if your air is really dry (some facilities add a desiccator system to air supply) and temperatures are not so extreme (~above -20° C as a rule of thumb).

Your requirements may vary but as a starting point in a small benchtop enclosure or chamber 15 – 20 SCFM for an initial flow rate to displace moist air followed by a reduced rate of 3-5 SCFM two to three minutes after openings have been closed. Too much flow on an ongoing basis can create air temperature gradients inside the box.

Consult your application engineer about options to automate these processes. Application of purge gas to a thermal platform or chamber is generally very easy. A pressure regulator can attach right to your Nitrogen tank. The flowmeter is normally located at the tank as well and is used to set the flow rate. Typically a small 1/4″ OD uninsulated hose can connect the output of the regulator/flowmeter to the hot-cold plate cover or chamber with a simple push to connect fittings.