Many people initially think of refrigeration compressors for cooling when product testing. Compressors work great for home refrigerators and sometimes they work the best for temperature chambers or thermal platforms as well. There are caveats but the main conditions where mechanical refrigeration systems work best are as follows:

The hourly cost of consumption for cryogenic cooling using expendable refrigerants like Liquid Nitrogen or L-CO2 is indeed higher but in the big picture, often the total cost of running mechanical refrigeration is greater.  Several factors can contribute to the cost advantage of using Liquid Nitrogen.

Within limits, speed generally = productivity. Ramping to temperature with mechanical refrigeration can be time-consuming.  The faster cooling times of expendable cryogenic coolants represent a large percentage of the ongoing savings using LN2 or CO2. More batches per day can be accomplished by reducing the requirement for yet more costly test stations, the space to keep them, and the energy to power them.  If your testing routine requires more temperature cycling pulldowns to cold temperatures or your devices are active/massive loads, the savings can be greater with Liquid Nitrogen cooling.  LN2’s superior ability to remove heat gives it the capacity to get cooling jobs done in favorable time frames.

While the efficiency of scale is to be gained with larger temperature test systems, benchtop systems with smaller batches can make sense too.  I am reminded of the theory of optimum carpooling partners which says If you carpool with one person, you cut your driving in half, you would have to carpool with everybody to eliminate the other half of the driving…  Not to mention the delays that would inevitably happen.  As I digress, the point is that a lot of time can be spent waiting to get many devices ready to undergo tests, thus holding up testing progress.

Cascade refrigeration systems used to cool to temperatures below -40C have had made strides towards improved reliability in recent years but are far more complex than single-stage systems, more expensive to buy, operate and maintain.  Another story here: When I worked at another thermal test equipment company, I remember being more than a little surprised when a contractor had performed warranty repair work on a refrigeration system at their shop. They had an amazingly large line item on the bill for “Electricity used by the unit while in the shop”.  Just how legitimate the charge was can’t be said but there is a significant cost that often is not seen or figured into ownership of refrigeration systems.

Actual costs of course will vary; load, profile other factors play into the decision.

We sell systems with mechanical refrigeration and systems with expendable cryogenic cooling so we don’t have too much agenda beyond helping you find the system that best suits your application. 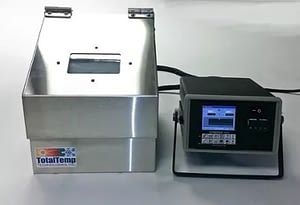 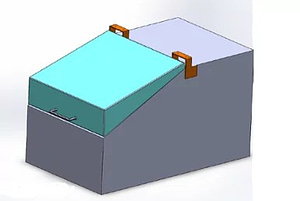 Several aspects of the overall cost of operation/ownership of mechanical refrigeration systems v. expendable cryogenic liquids are covered here, if you have any questions about general possibilities or your specific application, contact our engineers who are available to help you find the test equipment you require.

Thanks for reading and thinking about your thermal testing requirements.